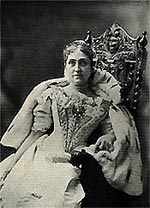 The public-private partnership at Cal has existed since the University of California was founded in 1868 and has undergone three distinct phases. The first fifty years was an era of private support. The “Builders of Berkeley” were private individuals who helped to create and sustain the institution. Their names are memorialized on campus: Phoebe Apperson Hearst, Jane Sather, Charles Franklin Doe. They and others provided money for the original buildings and supplied the university’s entire budget for three of the first ten years. On average, half the budget came from private funds during this time.

The next fifty years (1919 to 1968) were distinguished by support from the state: the state provided 95% of Cal’s budget. (The majority of Cal’s alumni graduated during this period, which has led to the general perception that Cal continues to operate almost entirely on state support.) Nevertheless, a few key alumni sensed that state support might not continue indefinitely at this level. These far-sighted individuals decided that the campus needed an external entity to advance its interests and promote its welfare. In 1948, they formed the California Alumni Foundation. In 1975, this was renamed the UC Berkeley Foundation and took on the responsibility for raising private funds.

The UC Berkeley Foundation supports and advances the University of California at Berkeley to assure its place as a preeminent global institution by encouraging private philanthropy, providing leadership and serving as an advisory council and steady source of assistance to Berkeley’s Chancellor and to the campus as a whole.

By continuing to use the site, you agree to the use of cookies. more information